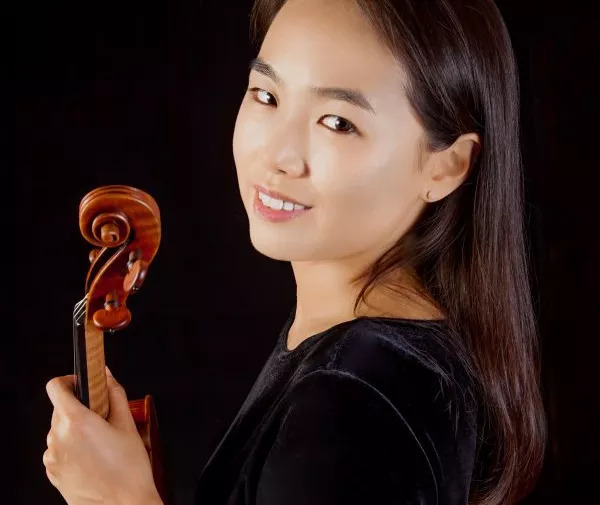 Violinist Jung-Min Shin won the Principal Second Violin audition in May 2022 after previously serving as Acting Principal Second Violin. She has been in the Section Second Violin of the Nashville Symphony since 2016. Prior to joining the Nashville Symphony, she was a violinist of the Alabama Symphony Orchestra from 2012 to 2015. She served as the Associate Concertmaster of the Evansville Philharmonic and the Owensboro Symphony Orchestra from 2008 to 2012. During her tenure with the Evansville Philharmonic, Ms. Shin was an Artist in Residence at the University of Evansville as a member of the Eykamp String Quartet.

Ms. Shin is also an active studio musician. She has recorded a wide range of music from movies and video games to country music and gospel.

As an devoted educator, Ms. Shin also serves as faculty at Vanderbilt’s Blair School of Music, and holds a private studio at her home in Brentwood.

A native of Seoul, Korea, Ms. Shin began playing the violin at the age of seven. She received her Bachelor of Music from the Seoul National University in Korea, Master of Music from The Juilliard School, and Doctor of Music from the Jacobs School of Music at Indiana University. Additionally, Ms. Shin holds a Diploma of Orchestra Academy from the Toho Gakuen School in Japan. Her teachers include Kyung-Sun Lee, Hai-Eun Hyun, Hamao Fujiwara, Masao Kawasaki, and Mauricio Fuks.

Ms. Shin is married to the Nashville Symphony's Principal Cellist, Kevin Bate, and they live in Brentwood with their three daughters.