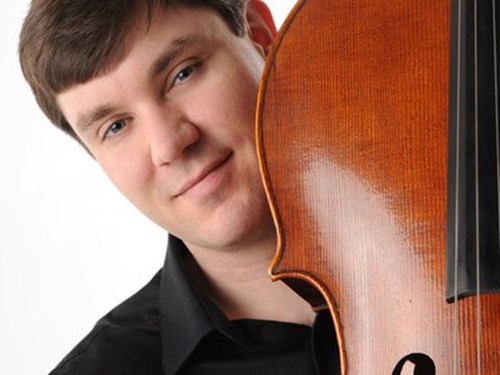 Kevin Bate won the Principal Cellist audition in April 2019 after previously serving as Assistant Principal and Acting Principal. In addition, he serves as cellist of the Gloriosa Trio. Previously, he served as Principal Cellist  of the Evansville Philharmonic Orchestra and held the position of Artist in Residence at the University of Evansville as a member of the Eykamp String Quartet.

Mr. Bate is also an active studio musician in Nashville. He has recorded music for movies, television shows, commercials, video games and recording artists from many different genres.

A native of Milwaukee, Wisconsin, Bate studied at the University of Wisconsin-Madison and the Hochschule für Musik in Freiburg, Germany. He received his bachelor’s degree from DePauw University and a performance diploma from the Jacobs School of Music at Indiana University, where he studied with János Starker.  His teachers include Adriana Contino, Eric Edberg and Uri Vardi.

Mr. Bate plays on a magnificent Venetian cello by Matteo Goffriller made in 1700 on generous loan by the Nashville Symphony Orchestra and a modern cello by Turkish luthier Ersen Aycan.

Mr. Bate is married to the Principal Second Violinist, Jung-Min Shin, and they live in Brentwood with their three daughters.