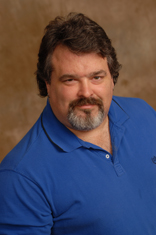 Wade Johnson joined the Nashville Symphony as the Housekeeping Manager for the Schermerhorn Symphony Center in December 2006. Wade came to the Symphony Center via 13 years at the Tennessee Performing Arts Center in capacities ranging from audio to the facility maintenance manager. Prior to that, working commercial and industrial maintenance at the Texaco Heritage Plaza in Houston, TX where Texaco’s world headquarters were housed.

Wade is a gym owner and personal trainer to competitive powerlifters and elite athletes from various sports. He is an accomplished musician, published songwriter and frequent contributor to strength magazines and web sites. Wade holds several world records and titles in powerlifting and a strongman and Olympic lifting competitor.