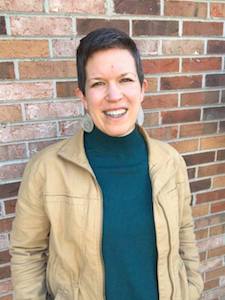 Sonja Thoms joined the Nashville Symphony in January 2015.  Her work includes leading the concert production team, long-term planning and directly supporting the musicians of the Nashville Symphony. Before moving to Nashville, Sonja was the Director of Operations and Touring at the Pittsburgh Symphony Orchestra, where she had the opportunity to manage multiple international tours to Europe and Asia, in addition to several domestic tours to Washington DC, Florida, New York, Quebec and North Carolina. Sonja comes from a very musical family and began studying oboe at age 9. Her love for orchestras began as a young oboist in the Chicago Youth Symphony Orchestra.  She went on to study at Eastman School of Music (BM) and Rice University (MM) in Oboe Performance. As an oboist, Sonja has performed with the Lucerne Academy Orchestra, National Repertory Orchestra, New World Symphony, Alarm Will Sound new music ensemble, and soloed with Ossia new music ensemble performing the Oboe Concerto by Ellen Taafe Zwillich. Sonja also performed in Carnegie Hall's 2006 workshop with David Robertson: Music of Messiaen and Varèse.

In addition to her current role as Vice President of Operations at the Nashville Symphony, Sonja is very committed to mentoring those interested in orchestra careers. She has developed effective internship experiences in addition to personalized coaching, educational resources and group presentations. Sonja was a member of the League of American Orchestras’ 2017-2018 Emerging Leaders Program. Her work in ELP drove her to create an innovative class for Belmont University's Curb College of Entertainment & Music Business called "The Business of Orchestras". In 2019, Sonja created OrchestraCareers.com, a website and online community that helps students discover, strengthen and showcase the value they can bring to the work of orchestras. OrchestraCareers has also become a community where students and professionals can gather, building relationships that equip and challenge each other.