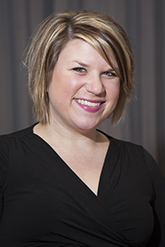 Maribeth Stahl joined the Nashville Symphony staff in 2009 and serves as Sr. Director of Development. A strategic thinker, data-driven fundraiser and passionate leader of people, she has an 18-year track record in arts management and comprehensive fundraising efforts. In 2019, Maribeth was named an Emerging Leader in the orchestra industry by the League of American Orchestras. As a relationship officer, her greatest joy is bringing patrons closer to the music and the orchestra’s great musicians.

A department team leader since 2013, Maribeth has established systems and processes leading to unprecedented and sustainable Annual Fund growth, as well as lending key leadership to the major gift program. Maribeth was responsible for the design and implementation of the Governing Members program in 2015, which provides a pathway for deeper engagement for the Symphony’s most committed patrons. She directs the organization’s individual giving fundraising efforts, collaborates with a team of gift officers, and has helped to grow the planned giving program during her tenure. Previously, she spent six years in a variety of marketing and corporate development roles with the Toledo Symphony.

An Ohio native and lifelong vocalist, Maribeth earned her BFA in Music Theater from Ohio Northern University. She has kept her love of the arts alive by performing and volunteering with a variety of theater organizations, plus four seasons singing with the Nashville Symphony Chorus. Other career highlights include performances at Scotland’s Edinburgh Fringe Festival, production work at Radio City Music Hall, and a cultural exchange tour through Chile.