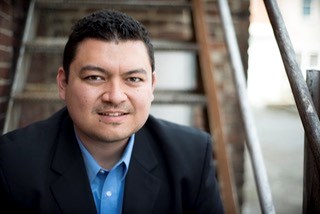 In his role as Digital Media Manager/Producer, Justin Bradford is responsible for maintaining the Nashville Symphony website as well as working with other members of the Symphony staff to create unique video content. He also manages all social media channels for the Nashville Symphony and Schermerhorn Symphony Center. Part of his role as Director of Digital Media is to direct and produce video and audio content for the website and all social media channels.

Justin has previous non-profit experience working in development, alumni relations and public relations at Cumberland University, his alma mater. He also developed a background in web management working in the auto glass industry. Justin is not a stranger to music. From sixth grade through college, Justin was involved in symphonic, jazz and marching band playing the euphonium, baritone and trombone. He was also a member of the Williamson County Youth Orchestra during high school.

An award-winner in the Toast of Music City Awards from The Tennessean, Justin was voted the Best Sports Reporter by readers of The Tennessean in 2014 & 2015; he placed second in 2013. His blog, PenaltyBoxRadio.com covers hockey, including the Nashville Predators, and was voted the Best Sports Blog in the Toast of Music City Awards in both 2015 & 2016. Justin also hosts Penalty Box Radio once a week on the local ESPN Radio affiliate, 102.5 The Game. He is also the author of Nashville Predators: The Making of Smashville, the only history book on the Nashville Predators. In his other spare time around hockey, he volunteers as the Director of Communications for the South Eastern Collegiate Hockey Conference and is the captain of the Mighty Drunks, a recreational hockey team at Ford Ice Center. His voice also comes in handy as he's the public address announcer for Cumberland University football and Vanderbilt University hockey.