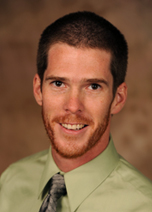 Josh Walliser joined the Nashville Symphony as a stagehand in December 2007 and became the Stage & Production Assistant in August 2011, before becoming Production Manager in early 2014. Prior to working for the Nashville Symphony, he worked as a freelance stagehand for a number of different audio production companies in the Nashville area. Native to South Carolina, Josh moved to Tennessee in 2001 to attend Middle Tennessee State University, where he studied Music Production & Technology and graduated with a B.S. in Mass Communication. While not at work, Josh enjoys hiking, cycling and spending time with his wife and daughter.