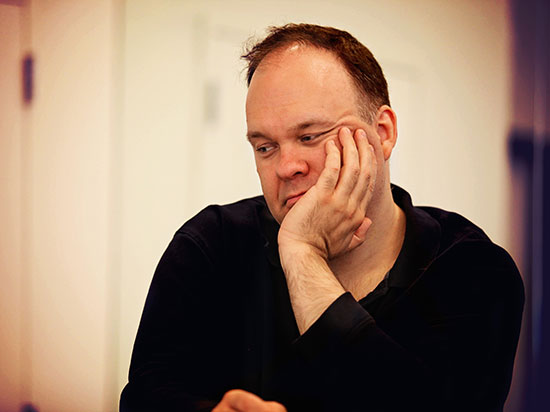 Rob Mathes is an Emmy winning, Tony, GRAMMY®, and Drama Desk Award nominated arranger/composer and music producer/director. He has produced recordings by Sting, Carly Simon, Rod Stewart, Bettye LaVette, Vanessa Williams, Melissa Errico, and the band Panic! at The Disco. He won the Emmy for his work on the Kennedy Center Honors, a program he musically directed for over a decade. He directed Obama’s Inaugural Celebration for HBO and PBS’s Great Performances 40th Anniversary Special. He orchestrated the last three Bruce Springsteen records and musically directed and arranged his film Western Stars. Raised by Yale-trained classical musicians who weaned him on Leonard Bernstein and Mahler, as well as Bob Dylan, Rob has written orchestrations for a number of artists all over the stylistic spectrum, from Elton John, Tony Bennett, Lou Reed, and Mavis Staples to Jay Z, Mary J. Blige, Beyonce, and Beck, from Aretha Franklin, Ray Charles, Eric Clapton, and Fall Out Boy, to work with classical artists such as Renée Fleming, Bryn Terfel, Deborah Voigt, and Yo-Yo Ma.

He’s written the scores for two HBO films, “Thurgood” starring Lawrence Fishburne and the documentary “Herblock”, both nominated for Best Original Score Emmys. In 2010, Mahler expert Gilbert Kaplan hired him to make a reduction of Mahler’s 2nd Symphony for a reduced Orchestra, now published by Universal Music. Rob has written music for the Los Angeles Philharmonic, The Nashville Symphony, The National Symphony, The Boston Symphony and The Royal Philharmonic. Rob’s songs have been recorded by Bonnie Raitt, Aaron Neville, Vanessa Williams, Faith Hill, and The Rascal Flatts, among others, and he co-wrote several songs with Sting for his album The Last Ship. He musically supervised and orchestrated Sting’s Broadway show of the same name (The Last Ship) and has been working with Elvis Costello on a musical in development at The Public Theater.

He recently arranged and conducted the song scores for the films In The Heights, The Greatest Showman starring Hugh Jackman, and Tick, Tick… Boom!, directed by Lin-Manuel Miranda, and wrote the arrangements for Panic! at The Disco’s #1 record Pray for The Wicked. He orchestrated Weezer’s record OK Human and conducted the band’s concert film with the LA Phil at Disney Concert Hall. He has released several records under his own name, most notably Evening Train and Orchestral Songs, recorded at Abbey Road Studios in London.