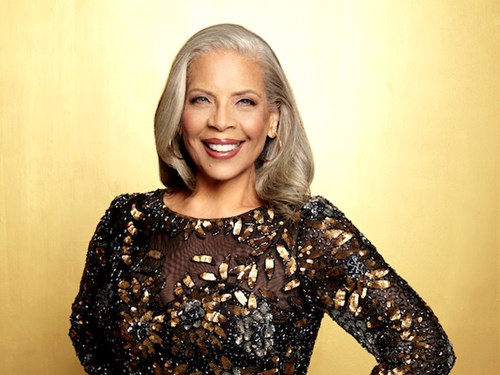 When Patti Austin stepped onto the stage of the world-famous Apollo Theater in Harlem at only four years old at the urging of her Godmother, Dinah Washington, her dream of becoming a total entertainer was born. The daughter of jazz trombonist Gordon Austin, Patti was a bonafide recording artist in her teens, achieving her first chart success in 1969 with “The Family Tree” (a Top 50 R&B single).

During the 70s, Patti was the undisputed "Queen" of the New York session scene. Her voice was heard behind everyone from Paul Simon, Cat Stevens, James Brown and Joe Cocker to Bette Midler, Roberta Flack, Luther Vandross and Diana Ross and on countless memorable commercial jingles. After a series of much-acclaimed albums for CTI Records, she signed with her godfather Quincy Jones’ Qwest label and began achieving mainstream success on an international level thanks to the GRAMMY®-nominated hit “Baby Come To Me,” her now-classic duet with James Ingram and the follow-up duet, the Oscar-nominated

“How Do You Keep the Music Playing," as well as her appearance on albums with Jones on his best-selling Stuff Like That, his GRAMMY®-winning classic The Dude and later, his From Q With Love Vols. 1 & 2.

Patti’s GRAMMY-nominated For Ella album opened up new doors for her as a performer and her embrace by the jazz world was further cemented with her GRAMMY-winning classic CD, Avant Gershwin.

Patti’s 2019 album, entitled Let’s Do It, is a unique take on the classic American Song Book. Her tour of Australia with the great James Morrison secured an ongoing love affair between Patti and Australian music lovers and she will return there in 2020.

Continuing to cover all her music bases, Patti and Trevor Lawrence Jr. launched their groundbreaking Bebop to Hip Hop show and received standing ovations at The Kennedy Center on New Year’s Eve. BeBop To HipHop will tour in 2020.

Patti’s latest critically acclaimed Pop/ R&B release, entitled Sound Advice, will soon yield a sequel, Sound Advice 2, and will further demonstrate her amazing artistic versatility. This versatility has created frequent invitations to conduct master classes for young musicians and demand from elementary schools for performances of her children’s CD entitled Mighty Musical Fairy Tales, which premiered at The Grammy Museum in Los Angeles. The CD and show combine musical storytelling, rapping, and a subtle, fun emphasis on positive values. There is also a theatrical show in the works.

Calling upon her over six decades of entertaining fans all over the world and becoming immersed in many cultures, Patti is launching the Patti Austin Podcast. Her mission – to celebrate the power of music to unite us and bring to light many aspects of other individuals and groups that can enrich our lives and fuel real contributions to societal harmony.

In 2019, Patti continues her philanthropic work with The Over My Shoulder Foundation and has a constant touring schedule that keeps her faithful fans wanting more from this eclectic and always exciting entertainer.