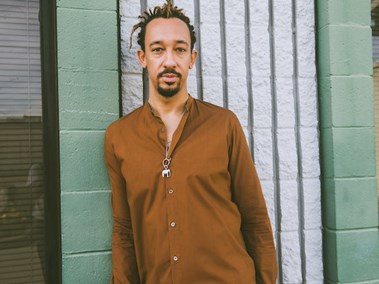 Clayton’s accomplishments include several years as Musical Director of the Monterey Jazz Festival on Tour. On his debut recording, Two Shade, he earned a 2010 GRAMMY nomination for Best Improvised Jazz Solo for this arrangement of Cole Porter’s “All of You.” “Battle Circle,” his composition featured on The Clayton Brothers’ recording The New Song and Dance, received a GRAMMY nomination for 2011’s Best Jazz Instrumental Composition. He received 2012 and 2013 GRAMMY nominations for Best Jazz Instrumental Album for Bond: The Paris Sessions and Life Forum. In 2016/17, Clayton uncovered the essence of the Piedmont Blues experience in early twentieth century Durham by creating an evening-length, mixed media composition and live concert.

In 2017, Clayton released his fourth album, Tributary Tales, and in 2021 he received two GRAMMY nominations for this fifth album, Happening: Live at the Village Vanguard.

The son of beloved bass player and composer, John Clayton, Clayton honors the legacy of his father and all his musical ancestors through a commitment to artistic exploration, innovation and reinvention.