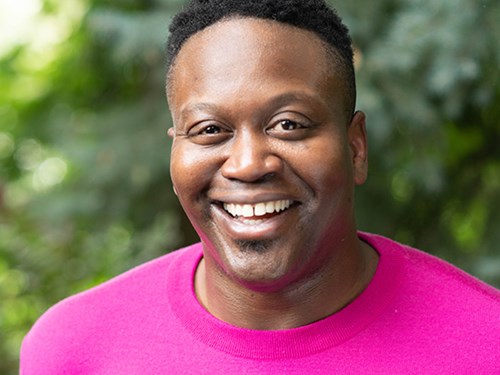 Emmy and SAG nominated actor, musician, and writer Tituss Burgess is quickly emerging as one of the entertainment industry’s most versatile and dynamic performers, with his work in television, film, and theater generating both critical and commercial acclaim.

In the world of film, Tituss has appeared in the Netflix comedy Set It Up and in the biopic Dolemite Is My Name also for Netflix. An accomplished voice actor, Tituss stars in the animated musical comedy series Central Park for Apple.

A veteran of the stage, Burgess made his Broadway debut in 2005 as ‘Eddie’ in Good Vibrations. Since then, he’s held many memorable roles, including ‘Hal Miller’ inJersey Boys, 'Nicely-Nicely Johnson’ in the 2009 revival of Guys and Dolls, and 'Sebastian the Crab' in The Little Mermaid, a role he reprised in the 2016 Hollywood Bowl live musical event. He plays Rooster Hannigan in NBC’s upcoming Annie Live! musical event.