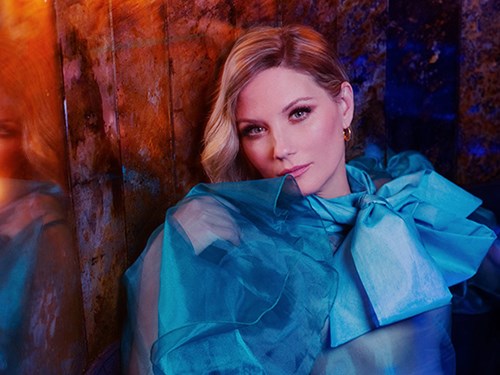 Fresh off her much-anticipated Broadway return in the smash hit musical Waitress, Jennifer Nettles is excited to round out the year by celebrating with a live evening of classic holiday and theatre favorites. Earlier this year, the superstar entertainer, on multiple platforms, expanded her musical versatility with a genre-defying new album of American Songbook classics, “Always Like New.” She can next be seen reprising her role as a judge on season two of TBS’ mega-hit competition series “Go-Big Show” on January 6th and then will return as Aimee-Leigh Gemstone on HBO’s hit comedy series, “The Righteous Gemstones” on January 9th.  She also recently delivered a powerful and provocative performance in Focus Features’ Harriet Tubman biopic. In 2019, she released an EP titled “I Can Do Hard Things.” Previously, she released two solo albums, “Playing with Fire” and “To Celebrate Christmas” as well as a Sugarland album, “Bigger.” Jennifer’s song, “Stay” was a platinum No. 1 hit which earned her two GRAMMY® Awards: one for “Best Country Song” and “Best Country Performance by a Duo or Group” with Sugarland. She won another GRAMMY for her collaboration with Bon Jovi on "Who Says You Can't Go Home." Other recognitions include five ASCAP Awards, three ACM Awards, a CMA Award, the Human Rights Campaign’s Ally for Equality Award and the “Artist Impact Award” from Lincoln Center. Jennifer made her Broadway debut in 2015 as “Roxy Hart” in the Tony® Award-winning, record-breaking musical Chicago and starred as “Donna” in the Hollywood Bowl’s summer production of Mamma Mia!. She is currently developing a musical about 17th Century Crusading Poisoner Giulia Tofana.