Voyage across the oceans with one of National Geographic’s most seasoned photographers and discover a vast, hidden world beneath the waves. Using his camera to communicate, Brian Skerry has spent more than 10,000 hours underwater telling the oceans’ stories. His images celebrate the mystery of the depths and offer portraits of creatures so intimate they sometimes appear to have been shot in a studio. Skerry dives eight months of the year, often in extreme conditions beneath Arctic ice or in predator-infested waters, and has even lived at the bottom of the sea to get close to his subjects. 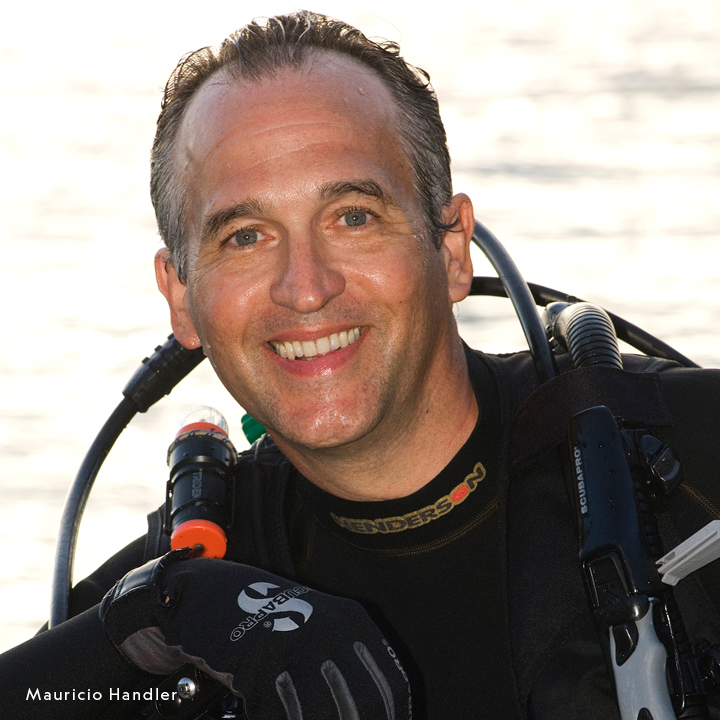 For NGM, Brian has covered a wide range of stories, from the harp seal’s struggle to survive in frozen waters to the alarming decrease in the world’s fisheries to dolphin intelligence, all cover stories. During 2016 NGM published three consecutive feature stories by Brian about predatory sharks. His cover story in the February 2017 issue of NGM, focuses on protecting special underwater ecosystems in US waters. During his coverage for this story Brian produced the first images of a US President underwater. He is currently at work on his 28th story for NGM.

Brian’s work has also been featured in publications such as Sports Illustrated, The New York Times, BBC Wildlife, Paris Match, GEO, The Washington Post, The Wall Street Journal, Smithsonian, Esquire, Audubon and Men’s Journal. He is the author of 10 books, including the acclaimed monograph Ocean Soul. His latest book, SHARK, was released in June 2017. Brian is an 11-time award winner in the prestigious Wildlife Photographer of the Year competition. He has also been recognized with awards from Pictures of the Year International, Nature’s Best, Communication Arts and is the only photographer to win the coveted Peter Benchley Ward for Excellence in Media. In 2010 National Geographic magazine named one of Brian’s images among their 50 Greatest Photographs of All Time.

Brian frequently lectures on photography, exploration and conservation issues having presented at venues such as the United Nations General Assembly, The World Economic Forum in Davos, Switzerland, TED Talks, The National Press Club in Washington, D.C., The Royal Geographical Society in London and the Sydney Opera House in Australia. He’s a frequent guest on television programs including NBC’s TODAY Show and CBS’s This Morning.