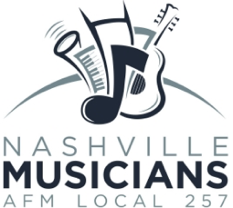 Nashville, Tenn. (July 27, 2021) — Following a period of unprecedented challenges brought on by the Covid-19 pandemic, the Nashville Symphony and the Nashville Musicians Association, AFM Local 257, have announced the ratification of a new contract for the orchestra musicians that will go into effect Aug. 1, 2021.

The new three-year contract replaces an interim agreement, reached in December 2020, that ended the 6-month furlough of the orchestra and provided a $500 weekly stipend to the musicians beginning January 2021. Under the new agreement the musicians will return to full-time work in September, beginning with a performance of Beethoven’s Fifth Symphony on Sept. 11 at Ascend Amphitheater.  The Nashville Symphony was recently awarded a $4.6 million Shuttered Venue Operators Grant, which – along with generous support from the community – will play a critical role in ensuring the musicians’ return to the stage.

Prior to the pandemic, the musicians were working under a four-year contract that was set to expire in 2022, but that was cut short by the arrival of the pandemic, the subsequent shutdown of live performances, and musicians being furloughed. Much of the new contract is a modified version of the former agreement, but as the Symphony rebounds from the financial impact of the pandemic, the musicians’ annual compensation in the first year will be cut 7 percent from their salary in the year leading up to the pandemic. In the second year of the new agreement, compensation will return to pre-pandemic levels, followed by a 6.25 percent increase in the third year, which will nearly return the musicians to the salary level that would have been reached at the end of the former agreement in 2022.

“We are profoundly grateful to the musicians of the Nashville Symphony for their collaboration and cooperation in reaching this agreement,” said Pamela Carter, Chair of the Nashville Symphony’s Board of Directors. “While the past year has been extraordinarily challenging for our entire organization, we recognize that it has been especially difficult for our musicians. This agreement represents the most essential step in the orchestra’s reemergence, as it enables the musicians’ return to the stage, while at the same time ensuring that the Nashville Symphony can remain sustainable and continue to serve our community for generations to come.”

In addition to establishing annual compensation levels, the agreement provides for an immediate lump-sum payment of $7,000 per musician, representing additional retroactive stipend increases. Other provisions of the agreement provide flexibility to both musicians and management in recognition of the ongoing impacts of the pandemic.

Orchestra Committee chair and Negotiating Committee member Melinda Whitley talked about the upcoming return to work, and what it means to the musicians.

“The prolonged period of silence and separation that the musicians have endured has severely impacted the heart and soul of the ensemble. The musicians could not be more eager to return to the stage and begin making beautiful symphonic music once again for our beloved audiences,” Whitley said.

AFM Local 257 President Dave Pomeroy talked about the significance of the contract ratification.

“Musicians have been hit harder than most by the pandemic, and the Nashville Symphony is no exception. Finding a way forward has been extremely difficult for NSO members, who had to shoulder enormous financial burdens with no income for six months and a small fraction of their normal salary since January 2021. Nashville is very fortunate to have this multiple GRAMMY®-winning orchestra, who deserve to be compensated appropriately. We could not have reached this agreement without the hard work of our dedicated Negotiating Committee, who never lost sight of the goal of getting the NSO musicians back to work at a pay level that they can live with,” Pomeroy said.

In planning its return for the 2021/22 season, the Nashville Symphony has affirmed its commitment to better representing and serving the Nashville and Middle Tennessee community. The new agreement will help to realize this goal by providing for a week-long neighborhood residency program intended to strengthen and deepen the orchestra’s role in the community. This residency will become an opportunity for musicians and staff to develop relationships, build sustainable partnerships, and collaborate with artists, students and community members who live and work in the selected neighborhood.

The agreement also affirms the Nashville Symphony’s commitment to equity, diversity and inclusion, with the ultimate goal of building an orchestra that is more reflective of Music City. In pursuit of this goal, musicians and management have agreed to update the audition process based on some of the recommendations from the National Alliance for Audition Support, a national initiative to increase diversity in American orchestras. The new provisions will assist the Nashville Symphony in ensuring a fair and equitable process for musicians participating in auditions.

“We are profoundly grateful to our community for its unwavering generosity and support, which has enabled us to reach this point,” said Nashville Symphony President & CEO Alan D. Valentine. “The Nashville Symphony will once again be able to focus on doing what we do best: providing great music and education programs for the people of Nashville and Middle Tennessee. This agreement will enable the Nashville Symphony to begin its own healing and rebuilding journey, even as we help our community heal through the life-transforming power of music. It also reflects a shared commitment with our musicians to building a bright, vibrant future for our orchestra – one that is even more meaningful for the community we serve.”

The Nashville Musicians Association, Local 257 of the American Federation of Musicians of the United States and Canada, AFL-CIO, was founded in 1902 and has been representing the interests of professional musicians nearly 120 years. Musicians in all fields of the industry, including touring, recording, symphonic, and freelance musicians, arrangers, and composers are all covered under AFM collective bargaining agreements. Local 257 is the third largest AFM local in the United States, and has more than 2,200 active members. www.nashvillemusicians.org.

The GRAMMY® Award-winning Nashville Symphony has earned an international reputation for its innovative programming and its commitment to performing, recording and commissioning works by America’s leading composers. With more than 140 performances annually, the orchestra offers a broad range of classical, pops and jazz, and children’s concerts, along with an extensive array of education and community engagement programs. The Nashville Symphony has released 35 internationally distributed recordings on Naxos, which have received 26 GRAMMY® nominations and 14 GRAMMY® Awards, making it one of the most active recording orchestras in the country. The orchestra has also released recordings on Decca, Deutsche Grammophon and New West Records. www.nashvillesymphony.org 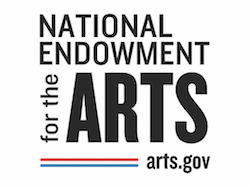