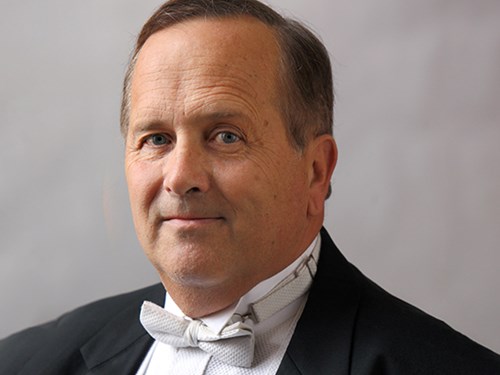 Dr. Robert Marler is principal keyboardist for the Nashville Symphony and professor of music at Belmont University. He is a frequent soloist, chamber musician, orchestra musician and accompanist throughout the Midwest and South and has performed with numerous instrumentalists from renowned orchestras worldwide, including the London Symphony, New York Philharmonic, Chicago Symphony, French National Orchestra, Cincinnati Symphony and others.

Prior to joining the Nashville Symphony in 2010, Marler performed frequently with the orchestra and with Nashville Chamber Orchestra. He has had the opportunity to record on more than a dozen Nashville Symphony CDs for the Naxos label, including several that received GRAMMY® Awards. He has also performed many solo piano ballets and works for piano and orchestra with Nashville Ballet, and he has recorded music for solo piano and various chamber music works for a number of independent labels.