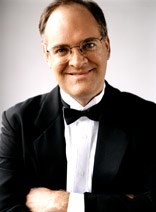 Mr. Graber was formerly a member of the Louisiana Philharmonic Orchestra, and before that, a member of the New World Symphony. He is currently Assistant Principal Percussionist of the Nashville Symphony.