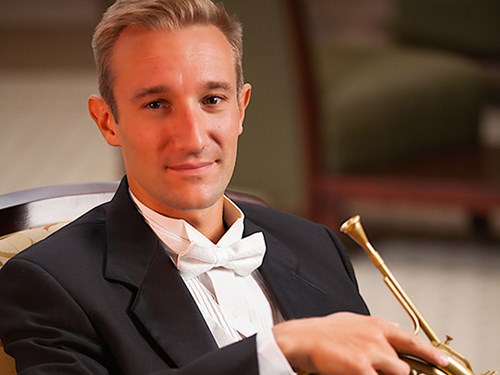 Patrick Walle attended the Eastman School of Music for his Bachelor’s degree and graduated in 2009 after being awarded the prestigious Performers Certificate. Before graduation, Patrick was an active freelance musician in upstate New York, playing full-time with the Buffalo Philharmonic in 2007-08, as well as serving as substitute member with the Rochester Philharmonic and the Syracuse Symphony. In 2009, while still a student, he joined the Rochester Philharmonic Orchestra and was a member of the orchestra for three seasons as both fourth and associate principal horn. In 2012, he returned to school to pursue a Master’s degree in performance, and in 2013 he joined the Nashville Symphony in his current position as Third/Associate Principal horn. When he is not playing horn, Patrick enjoys Elite Amateur competitive cycling throughout the Southeast on the IAM Racing pb Escadrille team.