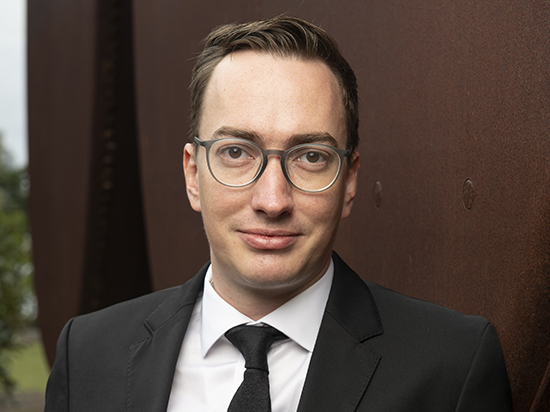 Australian conductor Nathan Aspinall has lead orchestras across the globe including in the USA, Europe and Australasia. His work is characterized by insightful musicianship, innovative programming and meaningful community engagement. Currently the Associate Conductor of the Nashville Symphony, Aspinall’s first appearance with the orchestra this season will be a program of Valerie Coleman, Maurice Ravel and Beethoven’s Symphony no 7. Later in the season he will conduct a special classical event featuring Tchaikovsky’s Symphony no 4.

Continuing to build an international presence on the podium, Aspinall was a conducting fellow at the Tanglewood Music Center and a recipient of the Robert J. Harth Conducting Prize at the Aspen Music Festival. In the summer of 2022, he travelled to Leipzig for a concert of Haig, Webern and Stravinsky with the Mendelssohn-Orchesterakadamie of the Gewandhausorchester and this season, Nathan makes his debut with the Minnesota Orchestra.

Aspinall has guest-conducted the orchestras of Atlanta, Sydney, Adelaide, Queensland and Tasmania, as well as the Queensland Conservatorium Chamber Orchestra. He has acted as Assistant Conductor for Opera Queensland.Festival appearances and masterclasses have included the Cabrillo Festival of Contemporary Music, Oregon Bach Festival and the Tanglewood Music Center Conducting Seminar. He studied studied Orchestral Conducting with Hugh Wolff at New England Conservatory in Boston.