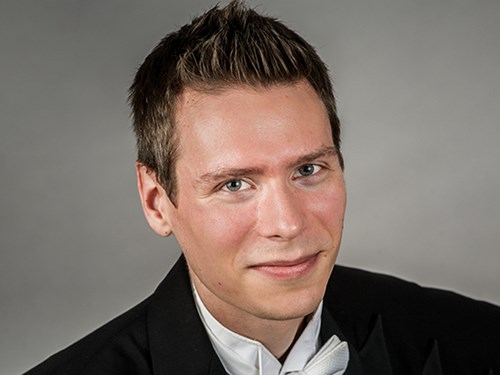 Kevin Jablonski joined the Nashville Symphony in 2010. He received his bachelor’s degree from Rice University in 2009, studying in the studio of Paul Ellison. Kevin’s hometown is Columbus, Ohio, where he studied with Paul Robinson, professor of double bass at the Ohio State University, and John Pellegrino, assistant principal bass of the Columbus Symphony Orchestra. Kevin is a member of the Gateway Chamber Orchestra in Clarksville, Tennessee, and volunteers as a core member of the Eastwood Ensemble in East Nashville, a chamber music organization that brings classical music into the community while supporting local non-profits. He has participated in numerous summer festivals, including the Schleswig-Holstein Orchestral Academy, Festspiele Mecklenburg-Vorpommern, Britten-Pears Orchestra, Sarasota Music Festival and Perlman Music Program, and he spent two years as a fellow at the Tanglewood Music Center. He has also competed in various solo competitions, most notably earning second place in the 2008 International Sperger Double Bass Competition in Ludwigslust, Germany. Kevin is also an accomplished pianist and enjoys composing.