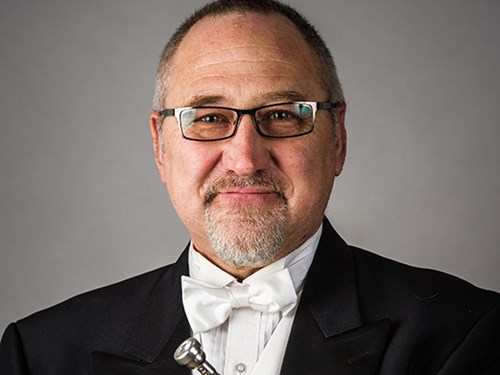 Jeff Bailey first performed with the Nashville Symphony in 1979. He received his Bachelor of Arts degree in Music Education from George Peabody College at Vanderbilt University in 1981. His teachers include William Adam, Patrick McGuffey, Lou Ranger and Karl Zimmerman. Jeff has been a featured soloist with the Nashville Chamber Orchestra, and he was a member of the Nashville Contemporary Brass Quintet for nine years. He frequently performs with the Nashville Jazz Orchestra and is an active studio and freelance musician. A few of his record credits include Amy Grant, Michael W. Smith, Peter Cetera, Matchbox 20, Shelby Lynne, Billy Bob Thornton, Garth Brooks and the Neville Brothers. Jeff is married to principal second violinist Carolyn Wann Bailey and has two children, Elizabeth and Preston. His hobbies include cycling and motorcycles, and he is an avid caprine enthusiast.