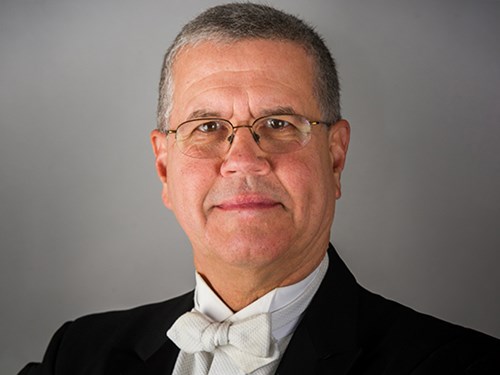 Gilbert Long joined the Nashville Symphony in 1978. He holds a bachelor's degree in tuba from the University of Louisville and completed work toward a master's degree at Austin Peay State University. His teachers include Arnold Jacobs, Abe Torchinsky and Art Hicks.

In addition to his position with the Nashville Symphony, Gil is part owner of Aardworks Publishing Company, a member of the Jack Daniel's Silver Cornet Band, and a tuba instructor at Vanderbilt University's Blair School of Music, where he plays in the Faculty Brass Quintet. He has also been involved in several summer music festivals, including Sewanee Music Festival, Peninsula Music Festival, New Hampshire Music Festival and the Tennessee Governor’s School for the Arts.

Gil is also the founding member of Tri Star Brass, an ensemble consisting of three faculty brass quintets (from MTSU, Belmont University and Blair School of Music). As an active freelancer and studio musician, he has recorded with artists including Amy Grant, Michael W. Smith, Matchbox 20, Yusuf Islam/Cat Stevens and Garth Brooks.

Gil is married to Erin Long, who was a violinist with the Nashville Symphony until her retirement in 2014. They have two daughters, Hannah and Jessica. His hobbies include golfing, motorcycling and biking.