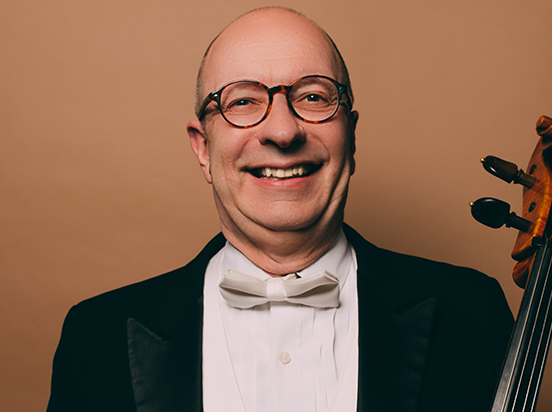 Cellist Bradley Mansell has been a member of the Nashville Symphony since 1984. He is originally from Sharon, Pa., and received a Bachelor of Music degree from the Dana School of Music at Youngstown State University, and a Master of Music degree in Cello Performance from the University of Cincinnati College-Conservatory of Music. In addition to playing in the Nashville Symphony, he also serves on the faculty of the Blair School of Music at Vanderbilt University and has performed numerous solo and chamber music recitals throughout the United States and Europe. As a member of the Nashville Symphony, he has recorded for the Naxos, Sony Classics and Decca recording labels. In 1995, he performed the premiere of Aurora for solo cello by Nashville composer Lee Gannon, as well as Gannon’s Sonata for Cello and Piano, which was commissioned by the Tennessee Music Teachers Association and dedicated to him. He has been named to Who’s Who in American Colleges and Universities, as well as a recipient of the Outstanding Teacher award from the Tennessee Governor’s School for the Arts. His principal teachers have included Michael Gelfand, Lee Fiser and Zara Nelsova. He has served as an adjudicator for the Music Teachers National Association, the American String Teachers Association and the Young Texas Artists Music Competitions.