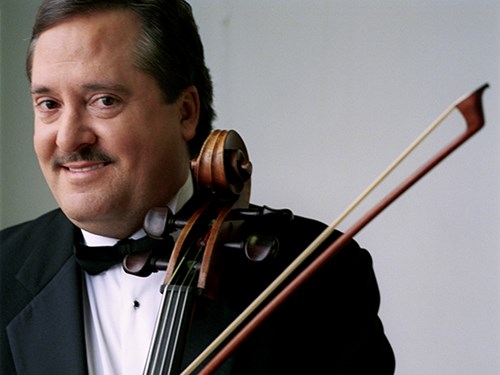 Anthony LaMarchina is well known to Nashville Symphony audiences. He has served as principal cellist in the orchestra since 1990 and has performed as soloist on many occasions. During his career, Anthony has performed at Carnegie Hall and Avery Fisher Hall with the Atlanta Symphony and at Carnegie Hall with The Nashville Symphony. He has performed with the Honolulu Philharmonic, the Las Vegas Philharmonic and the Pasadena Symphony. He also toured Japan in 1992. Anthony has been a prominent studio musician in Nashville since 1986. His discography credits are wide-ranging - from classical and pop to country and gospel - and include such performers as Jewel, Garth Brooks, Indigo Girls, Olivia Newton-John, LeAnn Rimes and others. His solo recordings include "Holiday Spice" and Interlude of Passion, featuring the music of Ennio Morricone. Anthony has served as assistant professor of cello at Vanderbilt University's Blair School of Music. He received his degree from U.C.L.A. and continued his studies with Ronald Leonard and Christine Waleska, and was the last pupil of the great Ennio Bolognini. Anthony currently performs on a magnificent Matteo Goffriller cello, circa 1700. He is an accomplished martial arts teacher and holds a fourth degree black belt in Shorin Ryu karate.