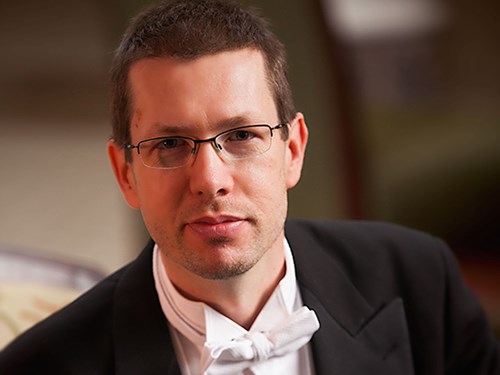 Érik Gratton is a native of Montréal, Canada. He received a First Prize with great distinction from the Montreal Conservatory, where he studied with Carolyn Christie and Jean-Paul Major. He furthered his studies with Jeanne Baxtresser at the Manhattan School of Music. Érik is in his 25th season as principal flutist of the Nashville Symphony. He has made many solo appearances with the orchestra, including a recording of Ranjbaran flute concerto. He can be heard on more than 25 recordings with the Nashville Symphony on the Naxos label.

Érik has performed with the Montreal Symphony, Seattle Symphony, Pittsburgh Symphony, San Francisco Symphony and St. Louis Symphony. He has also served as principal flute of the Metropolitan Opera Orchestra. He has appeared at numerous orchestral festivals, including Tanglewood, Shira Music Festival Israel, the Peninsula Music Festival, Mainly Mozart, Napa Valley Music Festival and Classical Tahoe. Érik is an active session player in Nashville’s busy recording industry and enjoys giving solo recitals and playing chamber music on a regular basis. In his spare time, his hobbies include beekeeping, woodworking and discovering new things and places with his wife Erin, who is acting concertmaster of the Nashville Symphony.

Érik is performing as a soloist on our Mozart & Tchaikovsky program on October 28 & 29! Don't miss your chance to hear his artistry on Mozart's Concerto for Flute and Harp.