About the Nashville Symphony

Led by music director Giancarlo Guerrero, the Nashville Symphony has been an integral part of the Music City sound since 1946. In a typical year, the ensemble performs more than 150 concerts annually, with a focus on contemporary American orchestral music through collaborations with composers including Jennifer Higdon, Terry Riley, Joan Tower and Aaron Jay Kernis. The orchestra is equally renowned for its commissioning and recording projects with Nashville-based artists including bassist Edgar Meyer, banjoist Béla Fleck, singer-songwriter Ben Folds and electric bassist Victor Wooten.

An established leader in Nashville’s arts and cultural community, the Symphony has facilitated several community collaborations and initiatives, most notably Violins of Hope Nashville, which spotlighted a historic collection of instruments played by Jewish musicians during the Holocaust. This community-wide effort engaged tens of thousands of Middle Tennesseans in 2018 through concerts, exhibits, lectures and more, and represents one of the largest initiatives ever organized around the Violins of Hope. As part of the project, the Nashville Symphony commissioned Jonathan Leshnoff’s Symphony No. 4 “Heichalos” for the Violins of Hope. The orchestra’s recording of this work, which was premiered during a string of sold-out performances in Nashville, is now available on Naxos.

The Nashville Symphony remains one of the most prolific recording orchestras in the U.S., with more than 40 releases on Naxos, Decca, Deutsche Grammophon and New West Records. Encompassing a wide range of repertoire, from Beethoven to Bernstein to Joan Tower, these recordings have earned 14 GRAMMY® Awards and 27 nominations. Award-winning recordings include Tower’s Made in America, Stephen Paulus’ Three Places of Enlightenment and Michael Daugherty’s Metropolis Symphony and Tales of Hemingway. Released in 2015, the orchestra’s recording of Ben Folds’ Piano Concerto debuted at No. 1 on the Billboard Classical and Classical Crossover charts, and stayed in the Classical Crossover Top 20 in the first year of its release. The orchestra’s latest Naxos release features two works by Pulitzer Prize-winning composer John Adams, My Father Knew Charles Ives and Harmonielehre.

Education and community engagement have been at the core of the Nashville Symphony’s mission since its founding. Each year the organization reaches tens of thousands of children and adults through an array of free and low-cost programs, including Young People’s Concerts for K-12 students; sectional lessons for band and orchestra students; free Community Concerts; and “Is It a Fiddle or a Violin?,” its signature collaboration with the Country Music Hall of Fame® & Museum. In 2016, the Nashville Symphony launched Accelerando, an initiative designed to prepare young musicians from underrepresented ethnic communities for collegiate study and professional orchestra careers. Currently, 20 participating students receive individual instrument instruction, performance opportunities, and guidance on applying to colleges and conservatories, all offered free of charge.

Schermerhorn Symphony Center, the orchestra’s home since 2006, is considered one of the world’s finest acoustical venues. Named in honor of former music director Kenneth Schermerhorn and located in the heart of downtown Nashville, the building boasts distinctive neo-Classical architecture incorporating motifs and design elements that pay homage to the history, culture and people of Middle Tennessee. Within its intimate design, the 1,800-seat Laura Turner Hall contains several unique features, including soundproof windows, the 3,500-pipe Martin Foundation Concert Organ, and an innovative mechanical system that transforms the hall from theater-style seating to a ballroom configuration.

In addition to its classical and education programming, the Nashville Symphony performs and presents a wide variety of pop, jazz, country and family performances at the Schermerhorn and at Ascend Amphitheater.

The Nashville Symphony's beginnings can be traced to 1945, when World War II veteran and Nashville native Walter Sharp returned home intent on establishing a new symphony orchestra for Middle Tennessee. With the assistance of a small number of fellow music lovers, he convinced community leaders of this need and the Nashville Symphony was founded.

Sharp retained William Strickland, a young conductor from New York, to serve as the first music director and conductor. He led the orchestra's first performance on Dec. 10, 1946, at War Memorial Auditorium. This concert included the world premiere of a work composed in honor of the Nashville Symphony, Cecil Effinger's Tennessee Variations, setting a course for the orchestra's ongoing commitment to the creation, performance and preservation of contemporary American music. Over the course of its history, the Nashville Symphony has world-premiered 40 compositions, and has commissioned or co-commissioned 40 works from composers including Terry Riley, Jennifer Higdon, Wayne Shorter, Edgar Meyer, Béla Fleck and Ben Folds.

As the orchestra's Music Director from 1946-1951, William Strickland was responsible for setting the high performance standards that the orchestra and its conductors have maintained to this day. Guy Taylor (1951-1959), Willis Page (1959-1967), Thor Johnson (1967-1975) and Michael Charry (1976-1982) followed Strickland in the role of music director, with the orchestra performing at the historic War Memorial Auditorium in downtown Nashville until the opening of the Tennessee Performing Arts Center in 1980.

From 1983 until his death in early 2005, the Nashville Symphony flourished under the dynamic leadership of Music Director and Principal Conductor Kenneth Schermerhorn. A noted conductor, composer and music educator, Maestro Schermerhorn led the ensemble to new levels of artistic achievement while nurturing the tradition of excellence that has characterized the symphony since its inception. Under his leadership, the orchestra performed a critically acclaimed debut concert at Carnegie Hall and undertook a sold-out East Coast tour in 2000, and it embarked on a fruitful partnership with the Naxos label that has, to date, yielded some 40 critically acclaimed recordings.

In 2003, the Nashville Symphony broke ground on the $123.5 million Schermerhorn Symphony Center, the orchestra's new home, which opened on September 9, 2006. This cultural center in downtown Nashville has attracted global attention for its acoustical excellence and distinctive neo-Classical architecture, and its opening marked the beginning of an exciting new chapter in the history of the Nashville Symphony. While the orchestra conducted a search for a new music director to succeed Maestro Schermerhorn, renowned conductor Leonard Slatkin assumed the post of Music Advisor. Under his guidance, the orchestra earned three GRAMMY® Awards for its recording of Joan Tower's Made in America in 2007 and produced an internationally syndicated radio program, American Encores.

With the arrival of current Music Director Giancarlo Guerrero in 2008, the Nashville Symphony has continued its spectacular rise to prominence with an active schedule of recordings, commissions and world premieres. Since the beginning of its partnership with Naxos in 2000, the orchestra's recordings have received a total of 14 GRAMMY® Awards out of 27 nominations.

During the Nashville flood of 2010, Schermerhorn Symphony Center took on an estimated 5.25 million gallons of water and sustained more than $40 million in damage. With the support of multiple community partners, the orchestra was able to continue performing for the community while the concert hall underwent extensive repairs. Following the reopening of the Schermerhorn on December 31, 2010, the Nashville Symphony went on to multiple years of record-breaking ticket sales and fundraising.

Like countless other organizations, businesses and individuals, the Nashville Symphony was dramatically affected by the COVID-19 pandemic, forcing the furlough of 90% of its workforce, the cancellation of an entire concert season, and $26 million in total losses. With the unwavering support of the Middle Tennessee community and federal relief from the Paycheck Protection Program, Shuttered Venue Operators Grant and the American Rescue Plan, the Nashville Symphony has reemerged from the pandemic and is building a vision for how it can serve the community for generations to come. 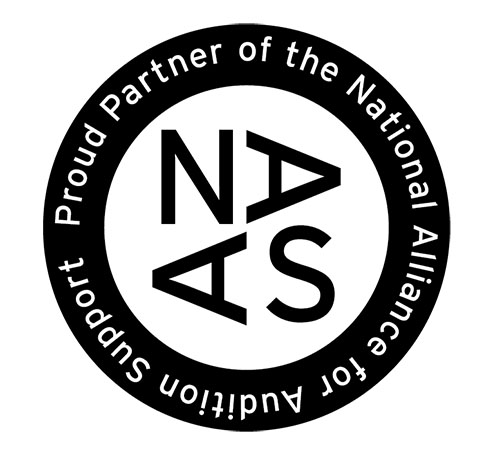