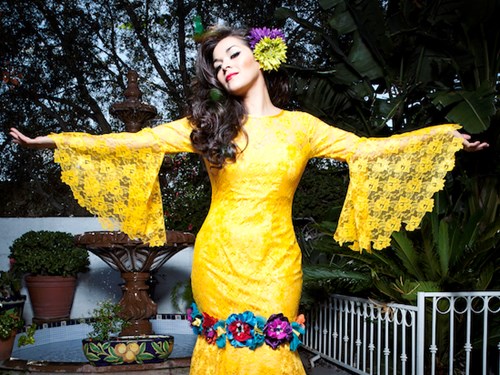 Mónica Ábrego is one of Mexico’s most outstanding sopranos. She has performed on stages around the world with a diverse repertoire which includes opera, lied, oratorio, folk and popular music.

Ms Ábrego made her debut at Carnegie Hall in 2003 in New York City as a soloist for the Pacific Opera Encore company; she also has sung in Lincoln Center's Merking Hall and has continued performing in these venues on numerous occasions. Her passion for music has given her the opportunity to proudly perform traditional Mexican music alongside Champaña Nevin Mariachi, both in México and USA, several concerts at the Jacobs Music Center. In 2012 her first album Alma Mía was released by Vientos del Sur Productions. Her debut recording includes Bossa nova, Méxican music, musical theater and tango.

Mónica Ábrego has a Bachelor of Music degree by the Manhattan School of Music. She has received awards from the USA National Association of Teachers of Singing (1998), La Jolla Symphony & Chorus in California (1997-1998), RYLA Rotary International Club (1998), Mexico’s National Fund for Culture and Arts (1999-2002) and the Musical Merit Foundation of San Diego (1998-2002). She currently lives in New York City where she continues to develop professionally.