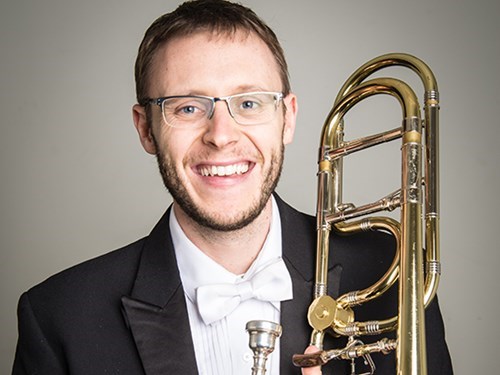 A native of Plano, TX, Paul Jenkins is the Principal Trombonist of the Nashville Symphony Orchestra, a position he has held since the 2014-2015 season. Prior to joining the NSO, Paul served one year as Acting Associate Principal of the St. Louis Symphony Orchestra. In the summer, Paul serves as the Principal Trombone of the Bellingham Festival Orchestral. He studied trombone at Northwestern University with Michael Mulcahy and at The Colburn School with Mark Lawrence. Paul’s diverse performing career has included engagements with a wide range of artists including Aretha Franklin, Yo-Yo Ma, and concerts with the Chicago Symphony Orchestra at Carnegie Hall under Ricardo Muti. He is also an active studio musician in Nashville having recorded for numerous film, television, and video game soundtracks.