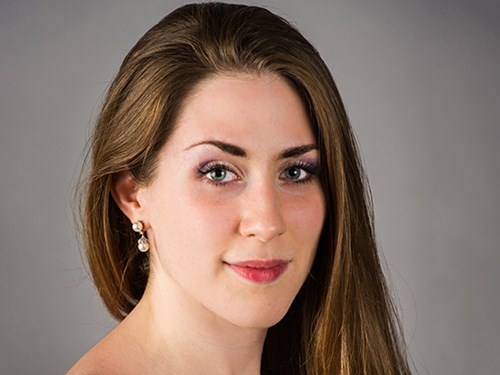 Argentinian-born bassoonist Julia Harguindey joined the Nashville Symphony as Principal Bassoon at the beginning of the 2016/17 season. She is also the newly appointed Principal Bassoon of the Santa Fe Opera. Julia has performed extensively as guest principal bassoon with Les Violons du Roy (Québec) and has previously played with the Métropolitain Orchestra, the Montréal Symphony Orchestra and the Santa Fe Chamber Festival. She has also been guest principal of the Atlanta Symphony Orchestra and will be a guest principal for the Saint Paul Chamber Orchestra's upcoming season.

Julia is the first-prize winner at the 2015 Prix d’Europe Woodwind Category, second-prize winner at the 2014 OSM Standard Life Competition, and a recipient of the 2012 and 2014 Sylva Gelber Foundation career grant. She has toured with the Pacific Music Festival, the Curtis Symphony Orchestra and the Orchestra of the Americas. She was recently invited by the Curtis Institute of Music to participate in a joint collaboration between Curtis and the Fundación Azteca in a series of concerts and master classes throughout Mexico.

Following immigration to Montréal, Canada, in 1991, Julia studied at the Conservatoire de Musique de Montréal and subsequently at the Curtis Institute of Music in Philadelphia. Her teachers have included Daniel Matsukawa, Mathieu Harel and Eugene Izotov.