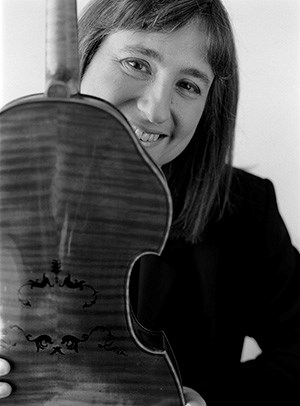 Judith Ablon joined the Nashville Symphony viola section in 1995. A native of Brooklyn, New York, she holds a Bachelor of Fine Arts degree in violin performance from the State University of New York College at Purchase where she was a student of Ruth Waterman, and a Master of Music degree in viola performance from Indiana University as an Associate Instructor with Abraham Skernick. While at Indiana, Judith won the Bartok Concerto Competition and performed as a soloist with the IU Philharmonic Orchestra. As part of her training, she spent three summers as a fellow at the Tanglewood Music Center, where she performed as principal violist under Leonard Bernstein and received the Cynthia Busch Award given to the most outstanding violist. Judith has been a member of the Grand Teton Music festival since 1991 and the Peninsula Music Festival since 2011. Previously, she was associate principal violist with the Omaha Symphony, principal violist with the Nebraska Chamber Orchestra and an associate member of the Columbus Symphony Orchestra.