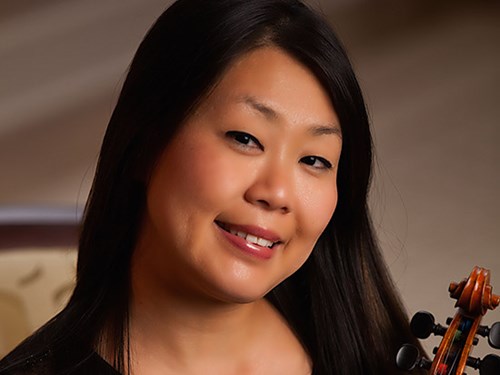 She has been honored to be a guest performer with ALIAS Chamber Ensemble. Solo engagements include the Mendelssohn Violin Concerto with members of the St. Louis Symphony, a performance of the Harrison Violin Concerto at Rice University, and solo performances with the Nashville Philharmonic. In 2017, she gave the world premiere of the Farrell Concerto for Violin & Chamber Orchestra with members of the Nashville Symphony.

Blackwell is devoted to music outreach. She co-founded the Shepherd School Medical Outreach Team while she was a student at Rice, and in Baltimore she participated in several programs that brought music lessons to underprivileged parts of the community. She is currently active in the Nashville Symphony’s education and community engagement programs and is a faculty member in the Symphony’s Accelerando initiative.

Blackwell served as the vice president of the Middle Tennessee Suzuki Association from 2013-15. Previously, she was on the faculty of Peabody Conservatory’s Preparatory Program, and she now maintains a teaching studio at Vanderbilt University’s Blair School of Music, where she has been an artist-teacher of violin since 2009.