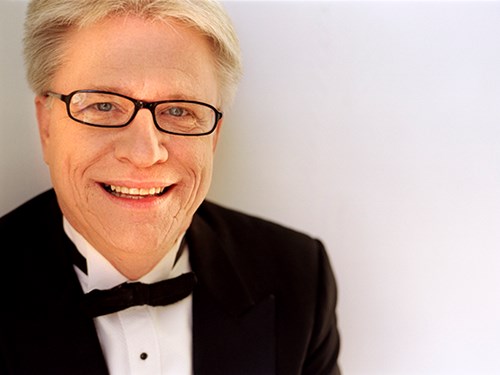 A native of Steubenville, Ohio, Benjamin Lloyd started the violin at age 7 in the public school system but developed his early talent privately under the tutelage of Jean Delphia. Many accolades in high school, including being appointed concertmaster of the All Ohio Orchestra, led him to choose to develop his talent further.

At Baldwin Wallace Conservatory near Cleveland, Ohio, he studied with Carol Sindell, the prodigy of Joseph Gingold and twice a student of Jascha Heifetz. Benjamin also studied with Ora Shiran, an assistant to Ivan Galamian and Itzhak Perlman at the time of his study. He rounded out his college career with summer conducting jobs and the study of composition. The audition trail led him to an appointment with the U.S. Army Strings at the White House and symphonies in Arkansas, Memphis and finally Nashville, where he has played for the past 31 years.

In his time in Nashville, Benjamin has played under most of the great conductors of this generation, gleaning from all the idiosyncrasies that made them great. Covering the standard repertoire several times and studying the techniques of the great composers inspired his style and the dynamics of his orchestration. A close association with singer-songwriter-instrumentalist Shawn Phillips in the orchestration of the ballet Events in the Life of the Prince brought him into contact with both Phillips and composer-arranger Paul Buckmaster, who have influenced his composition greatly.

Benjamin’s compositions have been premiered in the U.S. and Europe.