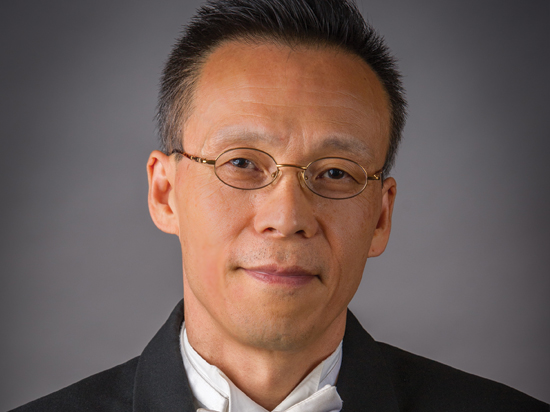 Hometown: Shantou, China
Member of the Nashville Symphony since 2003

What got you interested in playing music?
When I was about 6 or 7 years old, I started playing the er-hu, which is a traditional Chinese stringed instrument. I just loved the sound, and every day after school at 4:30, I’d go home and practice. All my neighbors would think, ‘This kid is unusual,’ because I loved it so much. My parents didn’t have to push me or anything; it’d be lunchtime or dinnertime, and I’d still be practicing! Later, I played piano and violin, and then I switched to cello, because I love that deep, rich, dark, beautiful sound.

Which composers write the best music for your instrument?
Dvořak is the first one who comes to mind — his Cello Concerto is a big one. Elgar, Haydn, Lalo and Shostakovich all have great cello concertos as well. Mozart, Beethoven and Brahms never wrote concertos for solo cello, but if they had, cello music would be very different today. The composers who write the best cello parts for orchestra are Mahler and Richard Strauss — they really understood the sound of the cello.

Do you have a favorite composer?
Beethoven, Brahms, Bach, Mozart, Schubert, Mendelssohn, Mahler, Sibelius, Richard Strauss — I love them all, because each is different.

Who’s your favorite non-classical musician?
Elvis Presley — I love his songs, his character, his voice. Also, The Carpenters — Karen Carpenter’s voice is so beautiful, and the melodies and the orchestration are so simple and direct.

You were born and raised in China. How has that shaped your experience as a musician?
I’ve been in the U.S. longer than I’ve lived in China, so I’m very much a part of the culture here. I first heard classical music on Chinese radio when I was young; the orchestras would play music by Chinese composers. When I switched to the cello, it was hard to find books and study materials, so I spent many hours copying books by hand because I couldn’t get anything from a publisher. I hand-copied a whole book of etudes, and I even copied an entire dictionary of musical terms!

My experience as a musician was also shaped by the year I spent performing in the Shantou Opera. Chinese opera is totally different from Western opera, and it’s different from other Chinese musical genres as well. It uses different scales, and the cello plays the part of the bass. Hearing different kinds of music has shaped me as a musician, and that experience in particular really enriched me.

Who has had the greatest influence on you as a musician, and what have you learned from them?
As a cellist, it would be Rostropovich; he had such glorious sound and phrasing. And Yo-Yo Ma, who is so charming and such an incredible talent. There are so many others, like Mischa Maisky, an intense player with a very thick sound, and Jacqueline DuPré. I also have to mention my cello teachers, Richard Kapuscinski, who used to be in the Boston Symphony and taught at Oberlin Conservatory, and Yehuda Hanani, who teaches at the University of Cincinnati College-Conservatory — both incredible musicians and teachers.

What’s been the highlight of your time performing with the Nashville Symphony?
There have been so many great concerts, especially the Schermerhorn Symphony Center opening gala in 2006 and Beethoven’s Symphony No. 9 in 2009 and 2010. It’s such an incredible piece and brings back memories.

What makes the Nashville Symphony unique?
Our orchestra is unique because we have a lot of session players, so that makes a huge difference in the sound and the style. It’s a very clean and beautiful sound.

What would you be doing if you weren’t a professional musician?
I can’t imagine not being a musician. But I weren’t, I’d probably be a teacher, because my father is a teacher, and I love helping people. Right now, I’m an adjunct cello professor at Belmont University.

How has teaching influenced you as a musician?
Students are like a mirror – you can see your own accomplishments when they learn from you, and that helps to make you a better player.

What do you like to do when you’re not performing with the orchestra?
The city where I grew up, Shantou, is near the Chinese coast, so I love anything that relates to water. I like to swim, and in the summer, I go kayaking on Percy Priest Lake. I love birds too; I used to have finches.