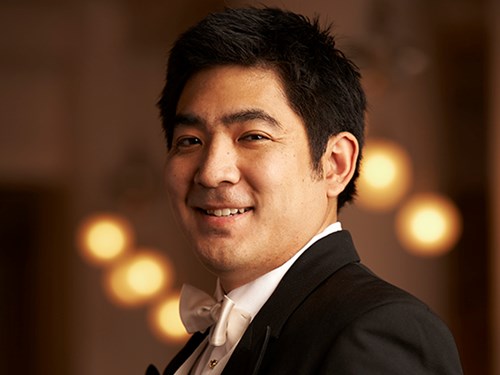 Hometown: Dallas, Texas
Member of the Nashville Symphony since 2011

Jun Iwasaki was appointed concertmaster of the Nashville Symphony by Music Director Giancarlo Guerrero at the beginning of the 2011/12 season. A graduate of the Cleveland Institute of Music’s prestigious Concertmaster Academy, he has been hailed for his combination of dazzling technique and lyrical musicianship. In a review of Iwasaki’s performance at the Mimir Chamber Music Festival, the Fort Worth StarTelegram called him “the magician of the evening. He could reach into his violin and pull out bouquets of sound, then reach behind your ear and touch your soul.”

In addition to teaching at Vanderbilt University’s Blair School of Music, Iwasaki is the artistic director of Portland Summer Ensembles in Portland, Oregon, a workshop for young musicians focusing on chamber music.

What's your hometown?
Although I was born in Tokyo, Japan, and raised in Illinois, my hometown is Dallas, Texas, now. My parents still live there, and that's where I go when I go "home."

What's your earliest musical memory?
Hearing my parents play music every night as I went to bed. My father is a cellist, and my mother is a pianist. I believe it actually helped me fall asleep when I was young.

What person has had the greatest influence on you as a musician, and what have you learned from them?
I would have to say my father. He has taught me so much about music and what it takes to be a professional musician.

Could you describe the job of concertmaster, and what do you see as your particular role with the Nashville Symphony?
The concertmaster has many job descriptions. The easiest way to explain it would be that they are the liaison between the conductor and the orchestra. My job is to help convey what the conductor wants the orchestra to do without speaking. Ways to do this include body language and eye contact with other players. I hope to bring a sense of chamber music to the Nashville Symphony because in my opinion an orchestra is just a larger version of a chamber ensemble.

What made you want to join the Nashville Symphony?
It was a combination of things. I thought it was time for me to explore new challenges, and when the Nashville Symphony approached me, I was happily surprised with what they had to offer. They have a great orchestra, a great hall and wonderful support from the city, which are all important to a healthy symphony in any city.

What music do you enjoy playing for fun?
I enjoy playing all sorts of music. The last couple of years, I have been playing on and off with the band Pink Martini [who are based in my former home, Portland, Oregon], and I have helped record some albums with them. It was a lot of fun and gave me the opportunity to play different styles of music.

If you weren't an orchestra musician, what would you be doing?
Most likely, I would be pursuing a cooking career. I love eating and the process of getting food onto the table.

Concertmaster Jun Iwasaki partnered up with James Ehnes, who has been a featured soloist many times here, plus Stephen Rose of The Cleveland Orchestra, to perform Gavotte for 3 violins by Antonín Dvořák.