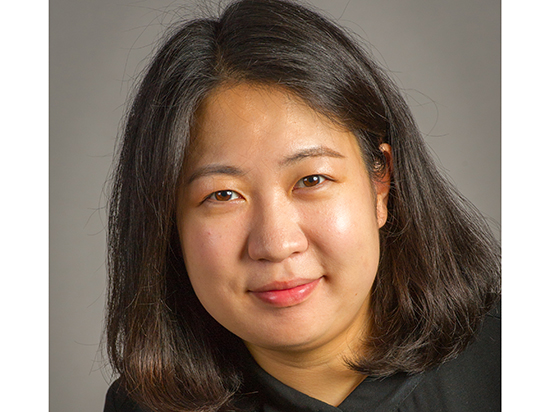 What ensembles did you perform with before moving to Nashville?
I performed with ensembles in college at the Korean National University of the Arts and Indiana University’s Jacobs School of Music. I’ve performed at Aspen Music Festival for four years straight, and I’ve worked with three different orchestras there. Right before I joined the Nashville Symphony, I was a member of the Civic Orchestra of Chicago.

How did you become a musician?
My parents were both violinists in one of Korea’s major orchestras, so I was exposed to classical music all the time — even before I was born. My grandfather is a choral composer; he published many books of his music and was awarded in Korea for his music. So it’s a musical family.

What makes you most excited about performing with the Nashville Symphony?
Working with amazing musicians every day.

What do you think of Nashville?
I love it! I understand why it’s called Music City. I can hear music even in the airport and on almost every street! So far, every restaurant I’ve tried here is good. I really enjoyed Aquarium; it was interesting eating surrounded by the fishes, and the fried calamari is so good.

Favorite piece of music?
Ravel’s La Valse. In the beginning, you don’t know where it’s going, but when the waltz comes out, it’s so beautiful.

Favorite movie score?
Harry Potter. When I had the chance to play it this summer, I never thought in my life that I’d get to play the whole score. I almost cried in the middle!

What has been your favorite place to perform?
I liked performing in Japan because I had the chance to perform with faculty from the Korean National University of the Arts, and there were so many great musicians, like members of Novus String Quartet. So that was really meaningful to me.

Do you have a favorite non-classical musician?
I am an EDM lover. Recently, I went to Las Vegas and I got to see David Guetta, The Chainsmokers and Zedd. I sometimes say to my friends, if you listen to EDM a lot, your rhythm gets better, because it’s all metronomic and subdivision.

Do you remember first recording you owned?
A Sarah Chang Christmas album.

Do you have a favorite sports team?
Since I’m living in Nashville, I will be a Predators fan!

Favorite movie?
Harry Potter, of course. My father loves sci-fi, and he’s influenced me a lot, so I love Armageddon and The Fifth Element.

Favorite food?
I can’t pick one, and it has changed recently. I used to like American or Italian food, but now I’m really enjoying Korean food. I think it’s because I cooked a lot in the last year.

Do you have a favorite Korean dish?
I can’t pick one, but I love anything related to miso. You can do a lot of things with it — you can make Korean-style miso soup, pork belly stew or sautéed spinach with miso sauce.