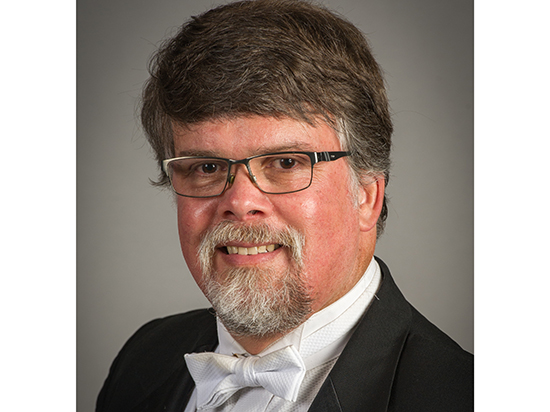 Hometown: Westlake Village, California | Member of the Nashville Symphony since 1989

Who has had the greatest influence on you as a musician, and what have you learned from them?
I’d have to say it was my group of friends in high school. Growing up in California when I did, we were surrounded by some incredible music – rock acts like The Eagles and Led Zeppelin, jazz artists such as Chuck Mangione, whom I heard live a few times. Everyone in this group was very musically inclined. One friend in particular, who is now the CEO of the Rochester Philharmonic, introduced me to classical music. In the summers, we would go to the Hollywood Bowl to hear the Los Angeles Philharmonic.

Which composers write the best music for the double bass?
I love Bach. His bass lines are just fantastic. In fact, many jazz bass players study Bach because of how solid and fitting his bass lines are. Prokofiev and Shostakovich knew the instrument really well, and you can hear that in their works. I’ve always liked Beethoven as well. His bass lines have a very prominent part in the melodies, as opposed to playing a supportive role.

Do you remember the first time you performed onstage?
It was probably my junior year of high school, playing with a youth orchestra. It was really my first upright bass experience, and I didn’t have much time on the instrument under my belt yet. We played Till Eulenspiegel’s Merry Pranks by Richard Strauss, and I got really lost, really fast! But that opened my eyes to how challenging and difficult the symphonic repertoire can really be, and how my part fits in with the bigger picture. It definitely inspired me to work harder at the instrument

What’s been the highlight of your time performing with the Nashville Symphony?
I’ll always remember the night before the flood in May 2010, when we were performing Mahler’s Fifth. The rain was so bad that some of the orchestra members could not even make it in. I think we all knew that something bad was about to happen, and there were questions about whether we should even be there at all. But once we got onstage, we put all of that stress behind us and dove into the music, and I still think it was the best Mahler performance we have ever done.

What would like people to know about the Nashville Symphony?
All of us in the orchestra sincerely love and appreciate our audiences. I have a good vantage point onstage to see the crowd, and nothing really gets us as motivated as seeing a full house of enthusiastic listeners and hearing the applause after a great performance. As an ensemble, we take things to an entirely new level when we perform, as opposed to when we rehearse. There’s a synergy there, and the audience is a part of that, because the music is actually being listened to rather than just played.

What are some of your favorite places to go in Nashville?
I’m a bicycling enthusiast, and I also love to kayak on the Harpeth River. In the warmer months, I try to go once or twice a month. Ever since I moved to Nashville, I’ve loved going to the Warner Parks for walks, bike rides and jogging. I’ve even cross-country skied there a few times. Next to the Schermerhorn and TPAC, I have probably spent more time there than anywhere else.

Outdoor exploration is my other major passion besides music. My wife Ann [Richards, former assistant principle flute of the Nashville Symphony] and I wrote and published two books on biking in the 1990s, Bicycling Middle Tennessee and Bicycling the Natchez Trace.