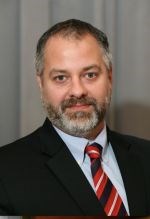 Jonathan Norris joined the Nashville Symphony in January 2006 as the organization’s Director of Human Resources. In 2008, he became Vice President of Human Resources and, at various times in his tenure, was given oversight of a number of functional areas within the institution, including Education and Community Engagement; Volunteer Management; Marketing, Sales and Communications; Food, Beverage and Events; and Development.

In 2013, Jonathan was tasked with the management of the organization's fundraising efforts and revitalizing the institution’s annual fund. In September 2013, he was officially named as the new Vice President of Development. In fiscal year 2014, the Development team achieved a 71% increase in the Annual Fund year over year.