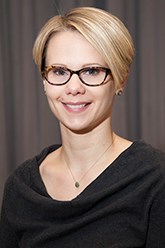 A native of Central New York, Ellen joined the Nashville Symphony as the assistant house manager in August 2006. In the two years prior to moving to Nashville, she worked as an event coordinator at Syracuse's Oncenter Complex, which consists of a convention center, arena, and performing arts spaces.

Ellen received her bachelor's degree in arts administration with a minor in theatre arts from the State University of New York at Fredonia where she was an active member and treasurer of the Spectrum Entertainment Board. Ellen has also worked in her hometown at Cortland Repertory Theatre where she was the company manager for two consecutive seasons.