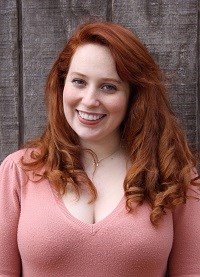 Ashlinn Dowling Snyder is a Nashville transplant; she moved here from Pittsburgh in 2015, but is originally from the Boston area. She has been involved with the Nashville Symphony since her first week in Tennessee, after reading about auditions for the Symphony Chorus. She has now sung several seasons with the chorus and loves it, and she also worked part time in the Box Office from 2015-2017. Previous employment and internships include work at the Carnegie Mellon School of Music, Pittsburgh Opera and the Aspen Music Festival & School. She most recently worked as the Development Coordinator at the Maryland Farms YMCA, prior to becoming Stewardship Coordinator, then Patron Engagement Officer here at the Symphony. She has a BFA in Classical Vocal Performance and a Masters in Arts Management from Carnegie Mellon University.