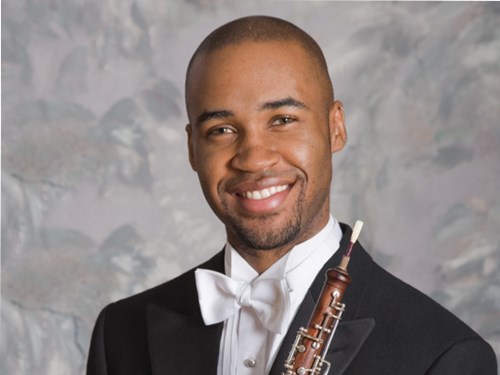 Geoffrey Johnson holds a Masters in Music Performance from the Cleveland Institute of Music, where he studied with renown oboist, John Mack, former principal of the Cleveland Orchestra and Frank Rosenwein, principal of the Cleveland Orchestra. He received his Bachelor degree in Music Performance from Baylor University in Waco, Texas, where he studied with Dr. Doris DeLoach  and has also studied extensively with Elaine Douvas of Juilliard and the Metropolitan Opera Orchestra.